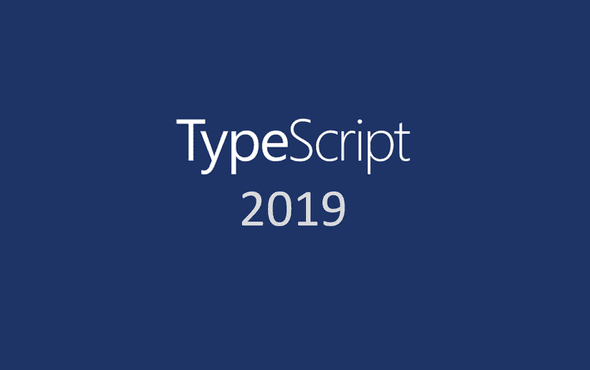 I was watching Anders Hejlsberg’s TSConf 2019 keynote the other day and was reminded of what a great year its been for TypeScript. In my last post, I highlighted some great new features added to TypeScript during the previous 18 months. This post highlights some of the other significant things that have happened in the last year.

TypeScript has grown from 18.7 million npm downloads per month to 32.7 million. That’s a whopping 75% increase!

There were 22% who want to use TypeScript who haven’t used it yet. So, plenty of more room for more growth in 2020.

Babel supporting TypeScript simplifies the build pipeline in many TypeScript projects because we can use one transpiler rather than trying to get 2 transpilers working together. This leaves TypeScript to do what it does best in our projects - type checking and enabling editor features.

ESLint supporting TypeScript means that we can use a more feature-rich and faster linter for checking our code. TSLint is now deprecated.

VueJS 3.0 is being written in TypeScript! So, along with Angular, this is another major framework leveraging TypeScript.

Create React App is a popular tool for creating React apps with lots of valuable configuration automatically done. This tool now includes TypeScript! So, React projects with TypeScript pre-configured can now be created with one simple command.

The TypeScript playground has been updated. One of the handy things we can do with this new version is picking the version of TypeScript to execute the code with. We can even use the nightly version to play with features not even released yet!

These are just some of the 2019 highlights for TypeScript. These, along with cracking features like const assertions and readonly arrays, have made it a fascinating in TypeScript land.

The excitement is set to continue in 2020 with TypeScript 3.8 close to release which includes private fields and top-level await.

Want to learn more about React and TypeScript? Check out my book